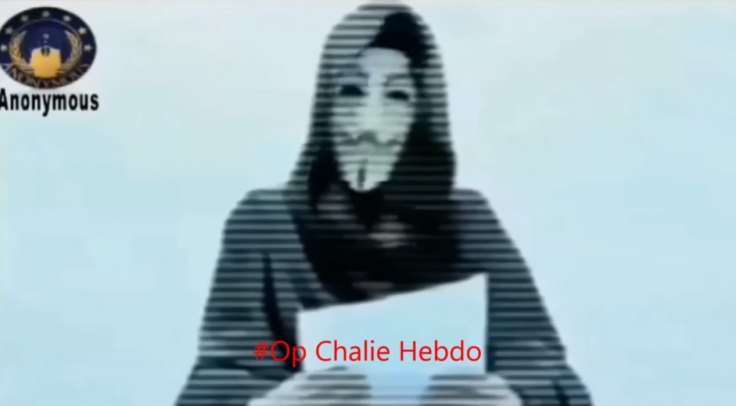 In a post in 2008, I made note of how harassment of critics made it necessary for those protesting Scientology to protest as Anonymous, the hacker collective who has chosen their public visage to be a Guy Fawkes mask (as depicted in the comic V for Vendetta).

All those reasons increase tenfold when such harassment escalates into assassinations, as Islamic facists have done to the staff of Charlie Hedbo.

So, I find it appropriate on several levels that Anonymous is now engaging the Islamic facist movement. Not only in that the anonymity protects its members. But that a comic book character, is now the avenger of the artists and publishers of comics killed in this attack.