From the New York Observer:

I’m not going to make a career out of baiting some fucking religious fanatics, you know, by insulting their prophet. I wouldn’t do that. That seems crazy. But then, after they got killed, I just had to draw that cartoon, you know, showing the Prophet. The cartoon I drew shows me, myself, holding up a cartoon that I’ve just drawn. A crude drawing of an ass that’s labeled “The Hairy Ass of Muhammed.” [Laughs.]

Yeah, I sent that to Liberation, so we’ll see what happens. You know, that’s the most I’ve stuck my neck out for a long time…

I’ve got my differences with the man (mostly for his reasons for leaving the U.S.). But much respect to him for living up to the phrase “Je suis Charlie” in the most accurate way possible.

Do read the whole thing

Apparently, the cartoon has been released: 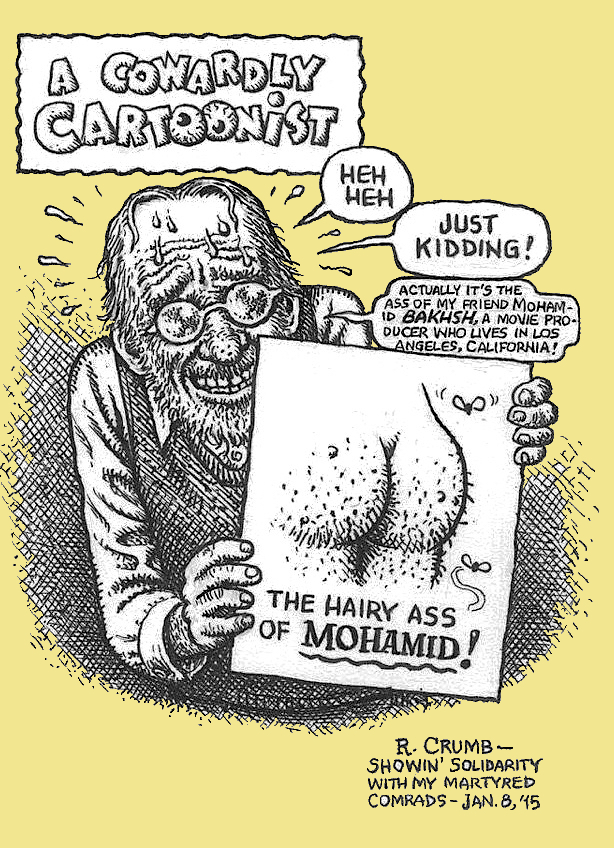